You might want to try the opposite of the following.

“A comfort zone is a beautiful place, but nothing ever grows there.” – Unknown

“Too many of us are not living our dreams because we are living our fears.” – Les Brown

3. Shy Away From New Experiences

“If you risk nothing, then you risk everything.” – Geena Davis

“If it is important to you, you will find a way. If not, you’ll find an excuse.” – Unknown

9. Spectate Instead of Participate

“It is not the critic who counts; not the man who points out how the strong man stumbles, or where the doer of deeds could have done better. The credit belongs to the man in the arena, whose face is marred by dust and sweat and blood; who at best knows in the end the triumph of high achievement, and who at worst, if he fails, at least fails while daring greatly, so that his place shall never be with those cold and timid souls who neither know victory nor defeat.” – Theodore Roosevelt

Don’t be a loser. 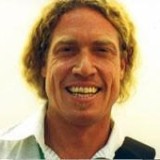 It is my hope that these resources help you maneuver through the entrepreneur's fulfilling and challenging landscape. If I can be of any help, please ping me.